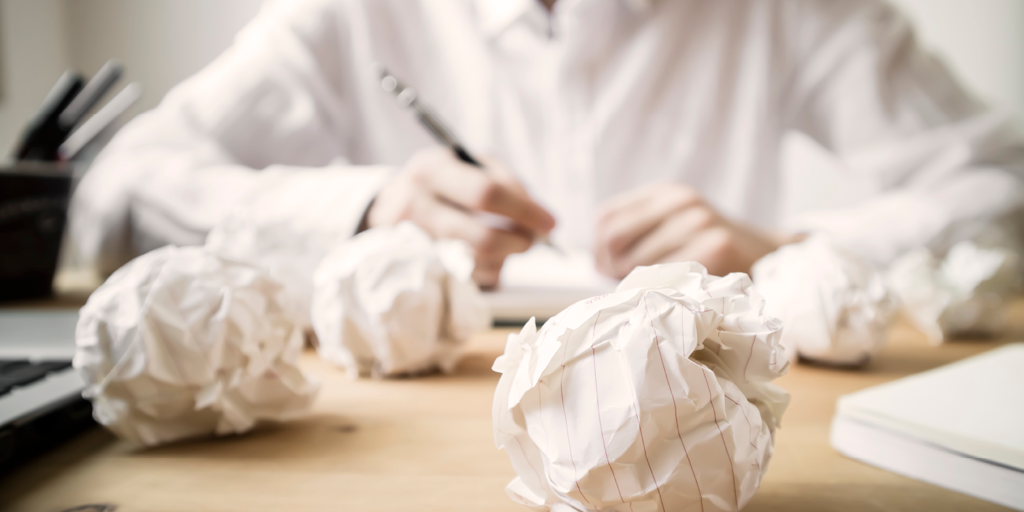 Defending copyright is at the heart of Copibec’s mission, with a special focus on Quebec books.

Of course, that part of our role is most important to the authors themselves.

But who exactly are we referring to when we talk about authors?

Definition of an author

For us, an author is usually a person who’s had a book published by a publishing house and who has the right to receive copyright royalties.

That’s a good start to coming up with a definition. It’s based on our reality but it seems incomplete.  What about people who write stories for their own personal enjoyment? And those who draft documents for their employer?  And then there’s the individual who wrote this text. Are they an author?

According to the Cambridge Dictionary, an author is “a person who begins or creates something.”

That definition seems broader in scope but still doesn’t answer some other questions. For example, are you considered an author regardless of what you write? What about grocery lists or notes in the margin of another text? Does the written work have to achieve a certain level of quality before you can call yourself an author?

Does an author have to be great?

To answer that question about greatness, let’s see how copyright law treats it in France. The French Court of Cassation ruled that copyright protection for content isn’t dependent on the work’s merits.

We can therefore deduce that the author doesn’t lose their status simply because their work is less appealing or less interesting in comparison to others.

This rule was developed in the late 19th and early 20th centuries when modernist artists were starting to question the standards that prevailed during the Beaux-Arts era.

The author in history

How were authors considered in previous centuries? After the famous ancient philosophers, authors fell into almost complete anonymity throughout the Middle Ages. For instance, monks who wrote scientific texts rarely had their names associated with their work.

The idea that we have of an author today appeared mainly in the Age of Enlightenment, when the leading concepts of individual rights appeared.

The philosophical debates of the time emphasized the importance of subjectivity in the work of thinkers and creators. There was considerable interest in the creator’s personality.

Even now, a great deal of importance is placed on the person who has created a work of fiction, theatre, music or film. How we conceive of art is closely linked to the creative force that gave birth to the work.

Author within the meaning of copyright legislation

The U.S. definition of an author is close to how the Cambridge Dictionary describes it: the creator of the original expression in a work is its author.

But it’s not so straightforward here in Canada. The Copyright Act talks often about authors… without ever defining who’s an author!

Despite that omission, the Act does give some indications of who’s NOT an author.

This is not an author

To obtain copyright protection in Canada, section 5 of the Copyright Act states that the person must be a “citizen” or “resident” of a country that has signed the Berne Convention. Since the vast majority of countries only grant citizenship to natural persons (individuals), we can conclude that a business, for example, can’t be an author.

In the same vein, section 6 of the Act specifies that copyright subsists during the author's lifetime and until the end of the 50th year following their death. From that, we can understand that non-humans (legal persons such as organizations) can’t benefit from copyright protection on their works.

Lastly, it’s important to keep the concept of moral rights in mind. The Act provides protection to the author with respect to the content and context of the work, including a right to the integrity of the work. In addition, the author also has a “right of paternity” which, in concrete terms, means the author’s name must be directly associated with the work.

All the protections granted as moral rights support the idea that the author is a natural person.

This view is even confirmed by the rule concerning copyright ownership by employers. When an employee creates content as part of their job, their patrimonial rights are automatically assigned to the employer. However, the employee retains the moral rights! Consequently, a legal person is never fully deemed an author.

Another example would be artificial intelligence which, so far, can’t be considered an author for various reasons.

Can an animal be an author?

A now famous case had a lot of people talking early in the new millennium. In 2008, animal photographer David Slater was taking photos of black macaques on the Indonesian island of Sulawesi.

After three days of trying to get near the monkeys, Slater had an idea. Since the macaques were fascinated by their reflection in the camera lens, Slater decided to install his camera on a tripod and let the animals have fun with it. In the process, they ended up taking selfies without realizing it.

Slater then applied to register his copyright for those images. But the animal-rights organization PETA countered that the copyright belonged to the macaques who took the photos!

The court ruled that the legislation had never been intended to protect the rights of animals.

It’s not easy to define who an author is. In contrast, it’s easy to specify who’s not an author under copyright legislation. Businesses, artificial intelligence and animals can’t be considered authors.

The concept of authorship is still evolving but it’s not associated with the merits of the creative work in any way.