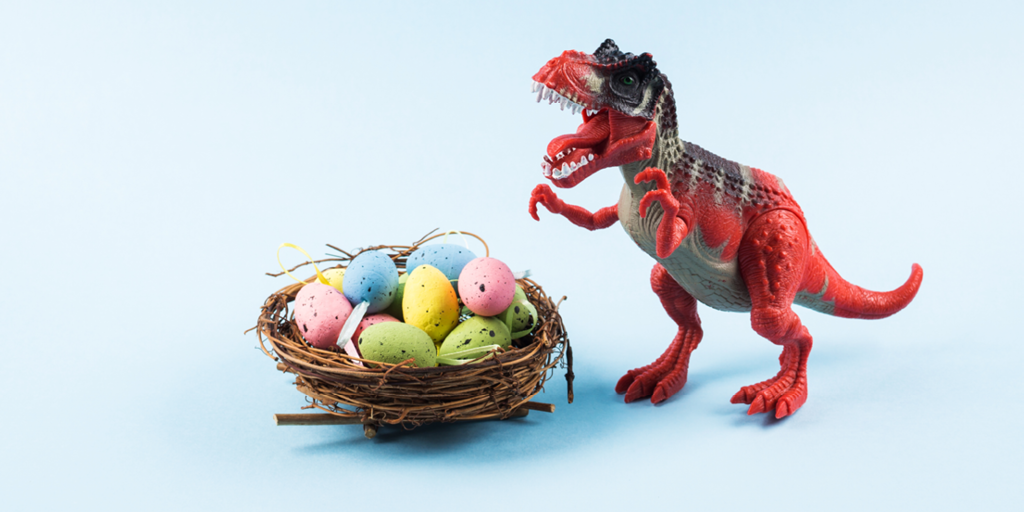 In the context of copyright, Easter eggs are unique, original and often improbable visual elements hidden in content. They’re usually intended as a wink to the audience, like a joke or cultural reference.

These intentionally disguised elements add a challenge for people who enjoy searching for them, just like an Easter egg hunt.

Copyright is why Easter eggs were first created

First popularized by the videogame industry in the late 1970s, Easter eggs can be found in most games today. It’s true that gaming is the perfect media for this concept. An Easter egg can take the form of a hidden level, an object that’s difficult to reach or a bug inserted on purpose by the developers.

The Easter egg concept was invented by programmer Warren Robinett, who objected to allowing his Adventure game to be released for the Atari 2600 console in 1979 without his name being associated with it.

In general, employees aren’t entitled to the copyright in any content created as part of their employer’s business operations.

Robinett programmed the game so that when a sequence of complex actions was completed, “Created by Warren Robinett” would appear on screen against a grey background. Atari, Robinett’s employer, was completely unaware.

But Atari found an opportunity in their employee’s act of bravado: the company referred to the stunt as an Easter egg and announced that all its games would now include one!

Hollywood producers also jumped on board in the 1980s. Disney movies are actually well known for containing many Easter eggs. Have you ever noticed Belle and Aladdin’s magic carpet appearing in The Hunchback of Notre Dame?

Here’s a scenario: you took a photo of Montreal’s Olympic Stadium while you were standing across the street at a very popular location in Maisonneuve Park.

You later notice that your photo has been used without permission and without compensation by a local business in the tourist industry.

The company says the photo belongs to them because it was taken by one of their employees. Same location, same time, same weather.

Your copyright in the photo is suddenly difficult to assert.

By adding an element that’s unique or hard to reproduce, you can block the claims of potential plagiarists. For example, you could wait until a bird was flying by or try to include an oddly shaped cloud in your shot.

Even roadmaps have Easter eggs

Strange but true, the designers of roadmaps have been using Easter eggs for many years.

It may seem unexpected but mapmakers are often plagiarized by their competitors.

That’s why roadmap publishers like to include “trap streets” and “paper towns” in their designs. What this means is they add streets and locations that don’t exist. If your competitor was a legitimate cartographer, would they reproduce your fictitious sites on their own maps?

A classic example of an Easter egg is Mount Richard in Colorado.

Learn about copyright and intellectual property by subscribing to our newsletter