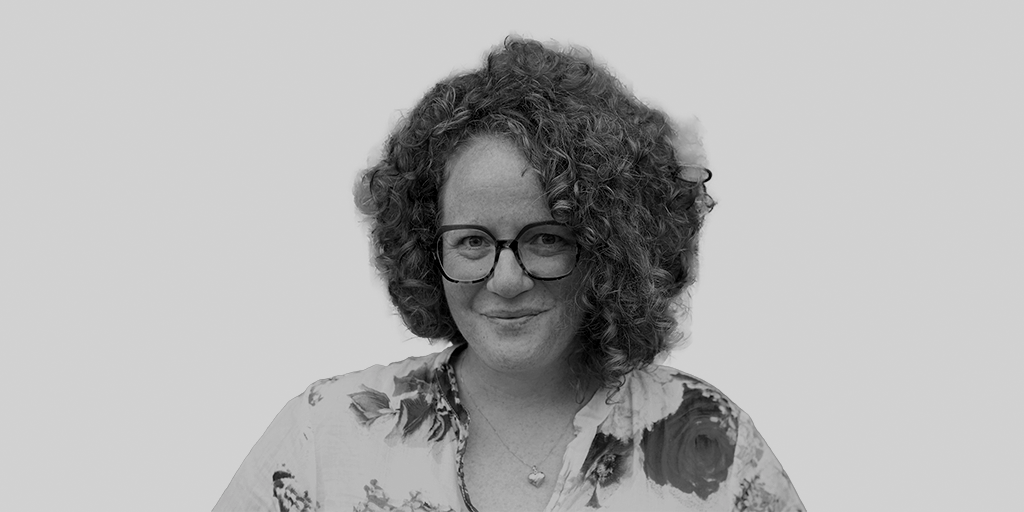 After she was recently elected Copibec’s Chair of the Board of Directors, Mélissa Verreault spoke to us about her passions and interests as a writer who’s very involved in her community. [remarks made during an interview].

I’m a writer (novelist) as well as a translator, publisher, literary creation professor and cultural worker.

I’ve been involved for many years in the Union des écrivaines et des écrivains québécois (UNEQ), which is the professional association representing 1,600 Quebec writers and which co-founded Copibec, with the Association nationale des éditeurs de livres (ANEL), 25 years ago.

I completed my Master’s in literary creation at UQAM in 2010. I’ve therefore been managing my career in literature for 12 years now.

After spending many years in Montreal, I’ve returned to Lévis, mainly to be near family.

I like being involved in the literary community from outside the central core. It gives me another perspective on the issues. You can find people who write all acrossQuebec!

It’s possible to have a career and a level of influence in a sector whose main centre of activity is in Montreal, without being there physically.

With the pandemic, inclusivity has been given a boost: you can get involved, attend meetings and take part in committees. Distance doesn’t have the same impact it used to have.

It’s engaging! Before, it was difficult to make room for the regions. Now, it’s not even an issue; the regions have a role to play. That enriches all the people involved.

The reality isn’t the same everywhere. I hope to promote diversity and inclusion.

What does it mean to be a writer in Quebec today?

Being a writer means writing, first and foremost. Writing is part of your day-to-day life and is part of who you are. It’s a personal imperative, with a process that extends out into the long term.

For me, it means having ideas constantly, being curious, staying informed and analyzing the world. It’s like being a sociologist, psychologist and historian all in one. I try to understand the world and reflect it through my voice and my unique point of view.

I do it with the intention of helping others understand the world as well. We’re part of a community. Writers are like philosophers who help other people take a fresh look at life and see it differently.

My key: being authentic

Regardless of which hat I may be wearing, I remain the same person, whether I’m a writer, teacher, Copibec Chair, etc.

I have the same values, no matter which person or audience I’m speaking to.

I believe in the pleasure of working with others; it enhances the quality of the experience and the joy. I go at it intuitively, drawing on my experience. I rely on certain qualities that I know I have: I’m able to connect with anyone, from dropouts to government workers to doctors.

My aim is to understand those people; I see myself in them. That’s why I write: I like to make connections and understand human beings, even if it’s a fictitious person (!) in a narrative context, for example.

Political work, including my involvement in associations, is an extension of what I do with writing. I share messages and support causes. Its’ really the same thing, simply another way of communicating and taking action — through speech rather than writing — to promote what I believe.

It sustains me and I feel comfortable because I know I can be myself while at the same time adapting a little, like if I was speaking to Minister Pablo Rodriguez. ;)

A matter of congruence

What inspires me is meeting people who are authentic and consistent with themselves.

It’s relaxing to be yourself. What you see is what you get. You don’t have to play a character but you can still adapt as needed.

You have to believe in yourself to do that.

Sometimes, that’s what we’re missing in every field: inspiring individuals and positive leaders who are respected and make sure that people’s rights are respected. Especially in politics and its power games, what filters down to us generates cynicism of course.

Copibec is my contribution to Quebec politics

Everyone should find politics relevant. I’ve been playing an active political role without having to be in a political party. My way of doing politics is to get involved in defending issues that are important to me. I have opinions about those issues.

What I’m looking for is to get readers, users and students — everyone who reads literature and text in one form or another — to understand that writing is work and it deserves to be compensated.

The time and studies that it takes in order tofinally be able to write… if I can get a critical mass of people to understand that! Our society underestimates the work done by artists and writers.

I often say that hockey players are having fun but they’re still getting paid for their efforts!

As a community, we value certain things more than others.

The people who write should have decent lives. We’ve created university programs to educate those people for that profession. And after they finish school, what are their prospects?

I’d like the writing profession to be fully recognized for the efforts involved and its entertainment value as well as how it contributes to critical thinking.

What makes the task difficult is that critical thinking isn’t valued.

Social media creates an echo chamber that reassures us about our opinions. Over time, we’re no longer capable of nuance or healthy debate.

Critical thinking is dangerous (!) because, yes, it can bring about change. We don’t want too many people thinking… change makes us afraid. It leads us to ask questions about our usual way of doing things; it confronts us.

And yet, there’s nothing more satisfying than taking responsibility and changing the conditions of your own life. And, yes, it takes courage. There can be rough patches. Sometimes you need to push yourself forward to achieve your goals.

For example, climate change is a good symbol of this kind of issue. We know we have to take action but human beings are very much in denial. Individualism is king.

It’s true that individuals on their own can’t have a big impact when it comes to change. If one person in the city does their own composting, the impact will be negligible.

Our community’s power (and precarious status)

The literature sector is full of writers who are unhappy with their conditions and who complain but then don’t get involved and don’t want to look like complainers. They should defend their position, be confident, stand up for themselves, affirm their right to better conditions and ask for what they need.

As is the case in other cultural sectors, I’ve observed a contrast in behaviour: the person is happy that someone thought of them when they receive an invitation, for example, but they’re unhappy because there’s no payment… and they don’t dare ask because they’re afraid of offending someone or missing out on future opportunities.

We have to start asking, finding arguments and opening up possibilities.

We have everything to gain by asking.

Insecurity is keeping us in unsatisfactory conditions, and that brings down the conditions of the entire community! When everyone accepts practically anything, it’s difficult to hold your ground and make demands related to real needs.

We’re in an era where we need to promote the circular economy.

I’m thinking about micro-management is a positive sense: manage each project as if we’re managing a small plot of land, by following our values and a vision. We make progress by looking for long-term solutions.

What we want is to create a healthy literary sector that allows authors and publishers to live well. To get there, we need to work together in a concrete way.

Our mission makes a difference. Copibec is part of the social economy; we redistribute what workers in the book industry are entitled to. Our mission is impactful. By paying out royalties, we reinvest directly in the creation of new books. It’s win-win.

That’s the future of literature and other sectors. That role involves consolidating a strong sector where people interact and work together on projects rather than everyone going it alone.

We can afford to dream big because there’s strength in numbers and in standing together.