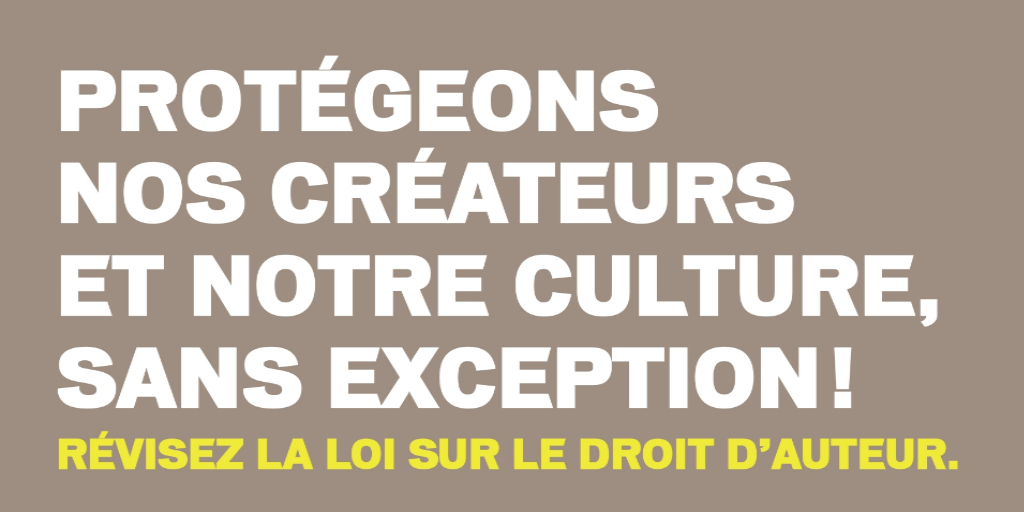 After nearly a decade of political and legal battles to curb the many exceptions in the Copyright Act, it is disappointing to note that the number of abuses is increasing and that they are leading to the deterioration of the economic situation of creators and publishers.

Last August, the Supreme Court of Canada had the opportunity to settle the debate in the legal dispute between the Canadian collective society Access Copyright and York University. The highest court in the country refused York University's request to have its copyright policies declared fair dealing.

The Supreme Court's decision is a small victory for authors and publishers as it maintains a harmful status quo. Unlike the federal court, which denounced the university's copying policies, the Supreme Court refused to rule on the merits of the case.

Meanwhile, the political parties in Ottawa have decided to launch an election rather than revise the Copyright Act, as promised in the 2019 election. Yet, in the Shifting Paradigms report of the Standing Committee on Canadian Heritage, all parties agreed that the Copyright Act should be revised to better define the exceptions and encourage the involvement of copyright collective societies.

As the new Executive Director of Copibec, I am committed to working with you to ensure that the next government strengthens copyright laws in Canada.

If we want our government to protect creators and our culture, we must all, without exception, take action.

Elections are an ideal time for creators, publishers and readers to make their voices heard. It is an opportunity to be seized together.

The political parties must commit to implement concrete measures to protect the remuneration of Canadian creators. Reinforcing the Copyright Act must be no exception.

Call on the candidates of your electoral district. Ask for a review of the Copyright Act.

Ottawa must use all available economic levers at its disposal for the #EconomicRecovery of the cultural sector. Revising the #CopyrightAct must be no exception #ProtectCultureWithoutException #polcan #cultureExln44

Political parties must commit to protecting and improving revenues for the book industry. Limiting the many exceptions in the #CopyrightLaw is a simple and effective way #ProtectCultureWithoutException #policy #cultureExln44

Exceptions to the #CopyrightAct threaten the income of Quebec creators. The parties in Ottawa must commit to protecting their remuneration #ProtectCultureWithoutException #PLC #PCC #BlocQC #NPD #polcan #cultureExln44

Protect #copyright in every school in the country, without exception. Let's revise the #CopyrightAct to restrict the scope of its exceptions #ProtectCultureWithoutException #polcan #cultureElxn44