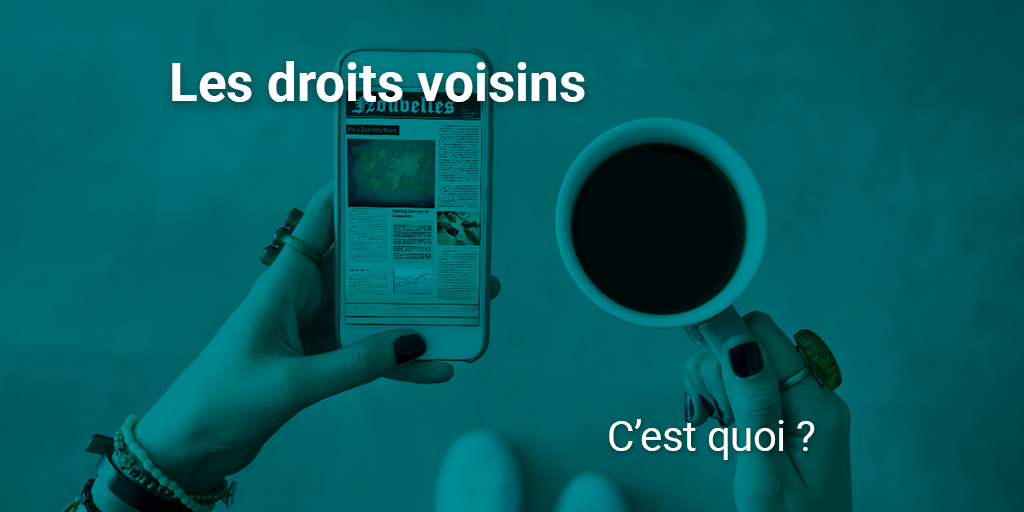 Neighbouring rights (or related rights) apply to individuals or entities who are not the creators of a work but who nevertheless took part in its production or distribution.

The concept of neighbouring rights, which is slowly making inroads into Canadian law, is better known in European civil law jurisdictions.

This article provides some insight into this area of intellectual property law that relates mainly to musical productions and the work done by publishing houses.

Neighbouring rights are derived from copyright and concern parties assisting or partnering with copyright owners (i.e. the authors of works).

These collaborative parties can be the makers of sound recordings or the publishers of books, magazines and other publications.

Neighbouring rights protect any parties who are “auxiliary” to the creative content, which itself is protected by copyright. This right already exists for the benefit of sound recording makers (covering their investments) as well as for performers and audiovisual communication companies. Specific patrimonial rights exist for each beneficiary.
— Translated from Next Inpact Promulgation de la loi sur les droits voisins de la presse : mode d'emploi

In Canada, neighbouring rights are part of the copyright (royalty) system applicable to performances by performers, sound recordings and communication signals as well as the moral rights on that subject-matter.

In practice, copyright involves the creators of works. That’s the first part of the Copyright Act.

Neighbouring rights target “subject-matter other than a work.” That’s the second part of the Act, which focuses on the rights of:

The two types of rights need to be differentiated. Even though the rights that apply to one category don’t interfere with the rights for the other category, their parameters aren’t the same.

For musical works, the copyright holders are the composers (writers of the lyrics and music). In contrast, the holders of the neighbouring rights are the performers and the sound recording makers.

As a result, the revenues generated from a musical piece are divided between the author and their collaborating parties based on a predetermined percentage, most often 50/50.

In Quebec, two societies manage the rights of makers and performers: SOPROQ (the Society for the Rights of Quebec Independent Makers of Phonograms and Videograms) for makers and ARTISTI for performers.
— Menon B. Neighbouring rights: what, who and how

Neighbouring rights have been around for a long time in the music industry.

In fact, those rights apply not only to music but to all the performing arts.

In the case of music production, the rights apply to the sound recordings.

For broadcasting, it’s the communication signals.

When it comes to the European press, the copyright holders are the writers and journalists. The holders of the neighbouring rights are the publishers and news agencies.

Neighbouring rights have only recently started to be applied in the news industry and are coming to the forefront as a way to modernize copyright legislation in a global context where information is increasingly being distributed digitally.

No neighbouring rights for news publishers in Canada

Neighbouring rights, as such, don’t exist for publishers in Canada.

Publishers don’t have rights to the works they distribute, except for compilations such as the X edition of a newspaper or magazine issue.

Contracts are used by publishers to enter into agreements with the writers they work with.

That way, they can negotiate to cover certain management costs in exchange for sharing copyright royalties, for example when an excerpt from a work is used by third parties.

What about formatting and layout?

The news desk editor or editor-in-chief of a media outlet has a copyright on their production as a compilation work.

Anthologies and collections (or compilations) are considered works in their own right because they require “skill and judgment.” In other words, those works require someone to put thought into how they’re assembled.

In a newspaper, for instance, the content of each article belongs to the freelance journalist who wrote it, unless otherwise specified in a contract.

And even though neighbouring rights currently don’t exist for news publishers in Canada, publishers are themselves considered creators and benefit from the rights accruing to their media production as a protected work under the Copyright Act.

Europe and the giants

Since spring 2019, a debate about neighbouring rights has been raging between news publishers in Europe and the leading digital distribution platforms such as Google and Facebook, often referred to as the web giants or tech giants.

Google, on principle, refuses to pay the news publishers for the content they produce. Instead, Google invokes the huge traffic volume that it drives to the news sites, the many free tools made available to journalists, and its digital news innovation fund.

News publishers see Google’s position as a way to undermine the spirit of the law and impose an edict that they cannot really ignore.  If they refuse to allow free use of their content, the traffic to their sites will most certainly drop, given the very large role that Google plays in directing visitors to their sites.
— Translated from Le Monde Tout comprendre au droit voisin, au centre du contentieux entre Google et les médias

Are neighbouring rights a legal concept that will take hold in Canada?